This labor day weekend I decided to see if I could complete a small web project that might be of use to Philadelphians and maybe learn React in the process. I came up with a mobile friendly page that will tell you how far away your bus is with the API that SEPTA makes available. 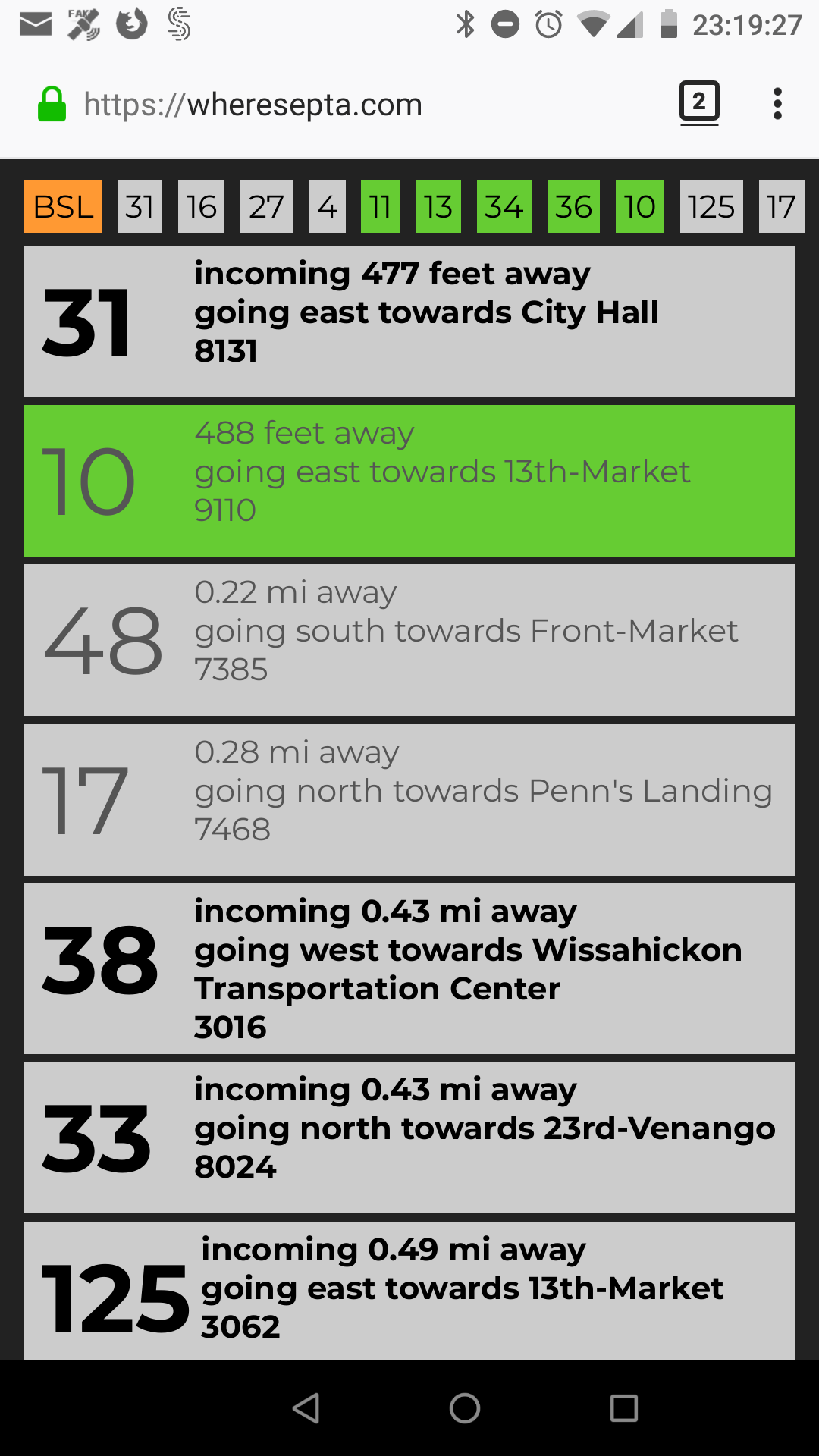 It does all this without sending your location anywhere.

SEPTA does not provide a big list of stops and the routes that serve them. I had to generate that from their GTFS data with a small script.

Visit it on your desktop or phone at wheresepta.com. Accuracy is not guaranteed; the data is only as good as SEPTA provides it. The data has been known to be shaky and completely wrong at times, even in SEPTA's official app. Check out the source code at GitLab.

Let me know what you think! 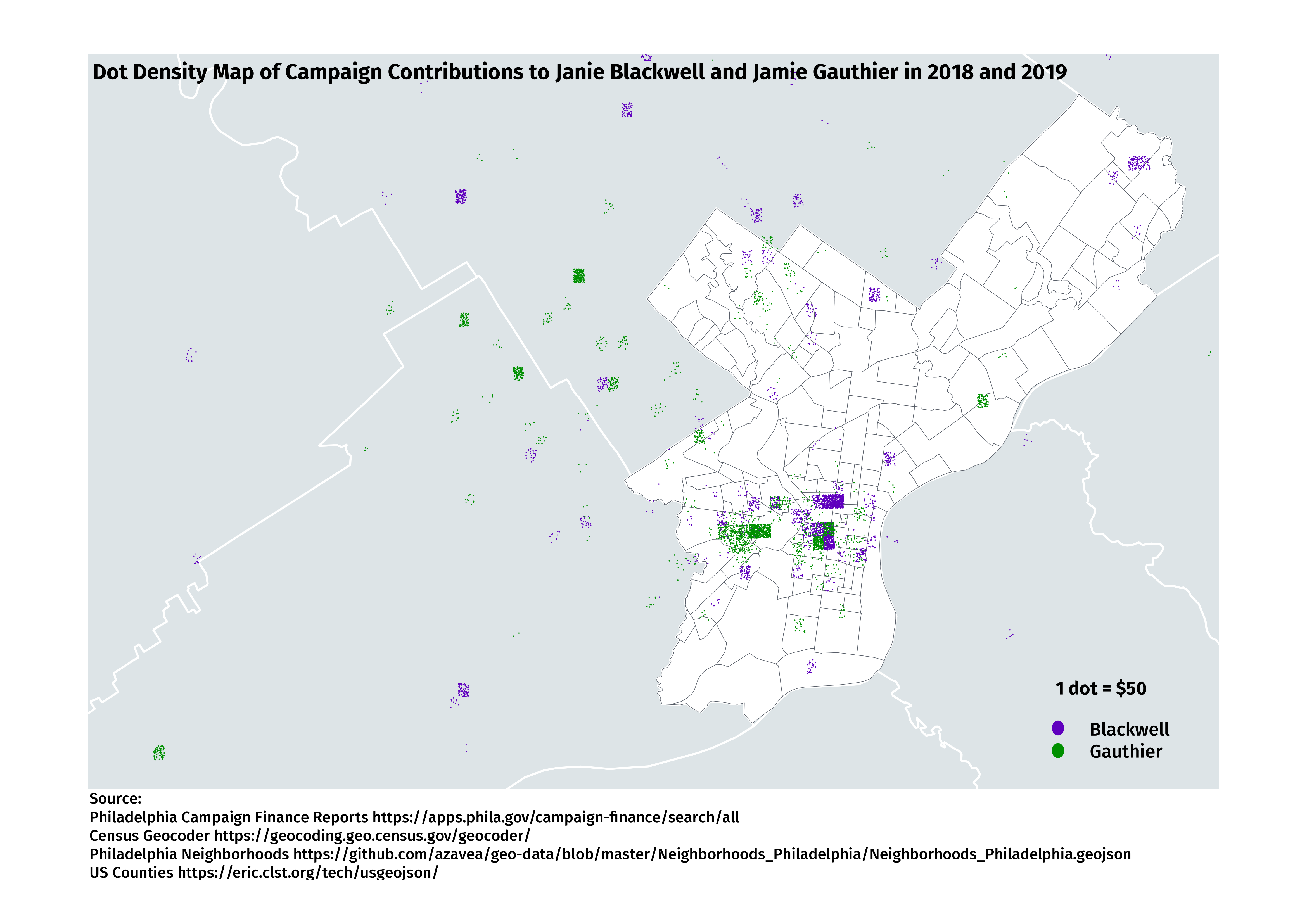 After creating a small analysis of campaign finance data for the Blackwell and Gauthier campaigns, I thought it would be interesting to see on a map where financial contributions come from.

I extended my script to geocode all of the addresses of donors and output them to a CSV file. I wrote another script to read this CSV file and write another file with a point per $50, with the location randomized within its square on a grid.

I then loaded this file into QGIS and overlayed it on top of Philadelphia Neighboorhood outlines and county outlines.

As always, questions, comments, etc are welcome at sharp@sharphall.org.

With campaign finance an issue in the 2019 election for councilperson for Philadelphia's 3rd district, I thought I would list and sort sources of funding for both candidates for both 2018 + 2019 to see if there is anything that can be learned. This information is from the public record at https://apps.phila.gov/campaign-finance/search/all, but after processing the listing I generated sums of donations from the same donor, rather than listing each donation separately.

These data can't account for non-cash support from entities, for example the flyers and door hangers from Philadelphia 3.0 or flyers of undisclosed origin in support of the Blackwell campaign.

If you have comments about this presentation of data or otherwise want to get in touch, at sharp@sharphall.org.

In full disclosure, I am a Gauthier supporter and have donated to her campaign.

I've got some pictures from when I attended SHA2017. 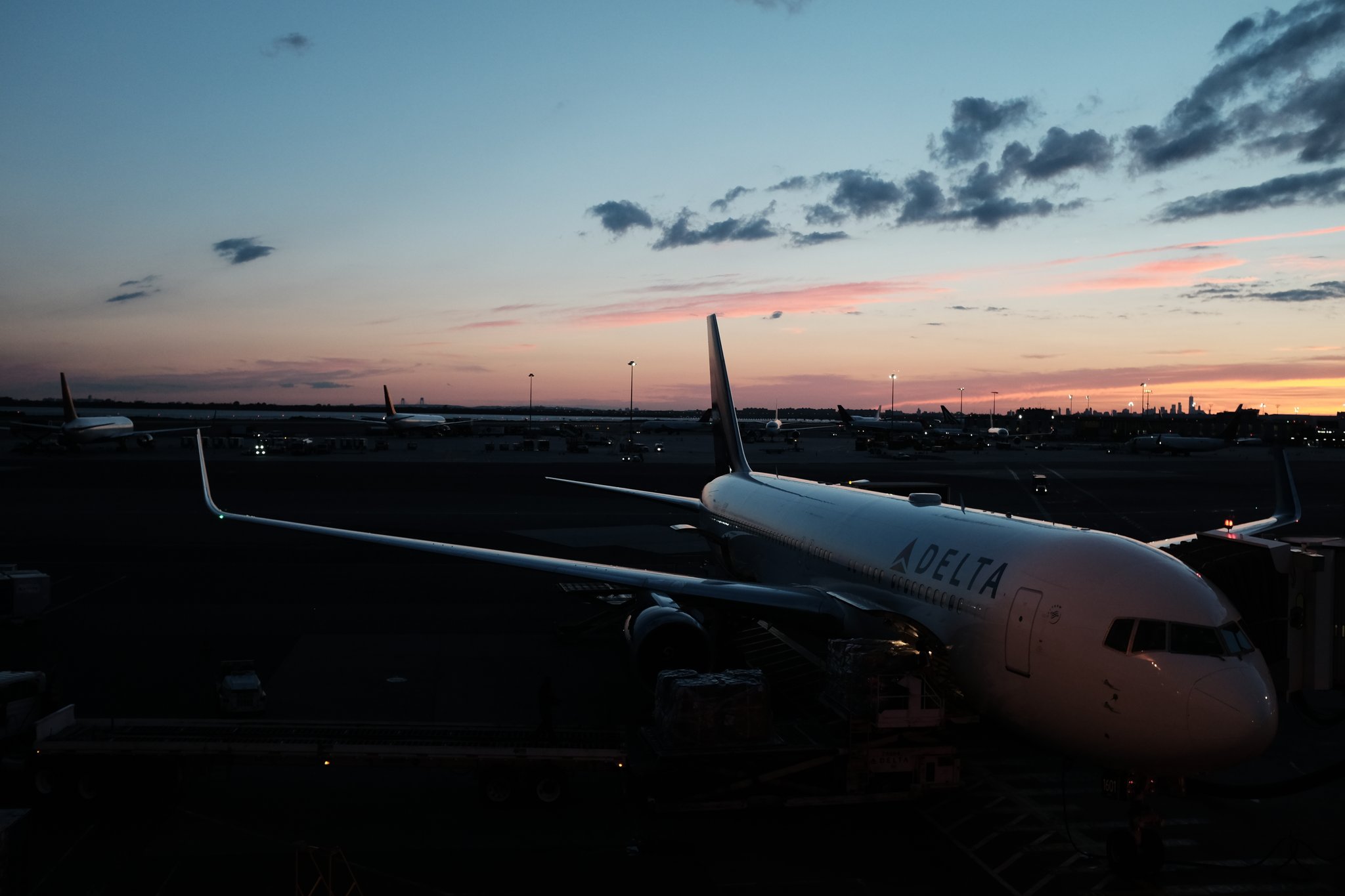 I used to store a copy of my music collection on my Android phone. For various reasons it became necessary to buy a new phone, and as I did the phones lost their microSD card which held the most of the music. And then the capacity of the internal memory on the phones actually got smaller. All of this is to presumably encourage users to use Google Music or otherwise coerce users to use cloud music services.

As I write this Apple has annouced the iPhone 7, which will lack a headphone jack. This got me thinking: phones are actually terrible devices for listening to music anyways.

So this week I bought an old favorite device for listening to music, the Sanza Fuze Clip+. Unfortunately, the device is a few years old and out of production, but in my opinion it is the best music player ever made.

It plays many different types of music files, including MP3, OGG, M4A, and FLAC. It has a built in FM radio and voice recorder. It has an microSD expansion slot so it can actually hold all my music. It is very tiny and has an old school looking OLED display. It can drive headphones well and sounds very transparent.

But the best thing about it is that you can install Rockbox on it. Rockbox is a custom firmware that adds audio processors, including crossfeed and a compressor, and a number of other features, like skins and audio metering, to the device.

You can still buy these devices, but it is a shame they stopped making them. 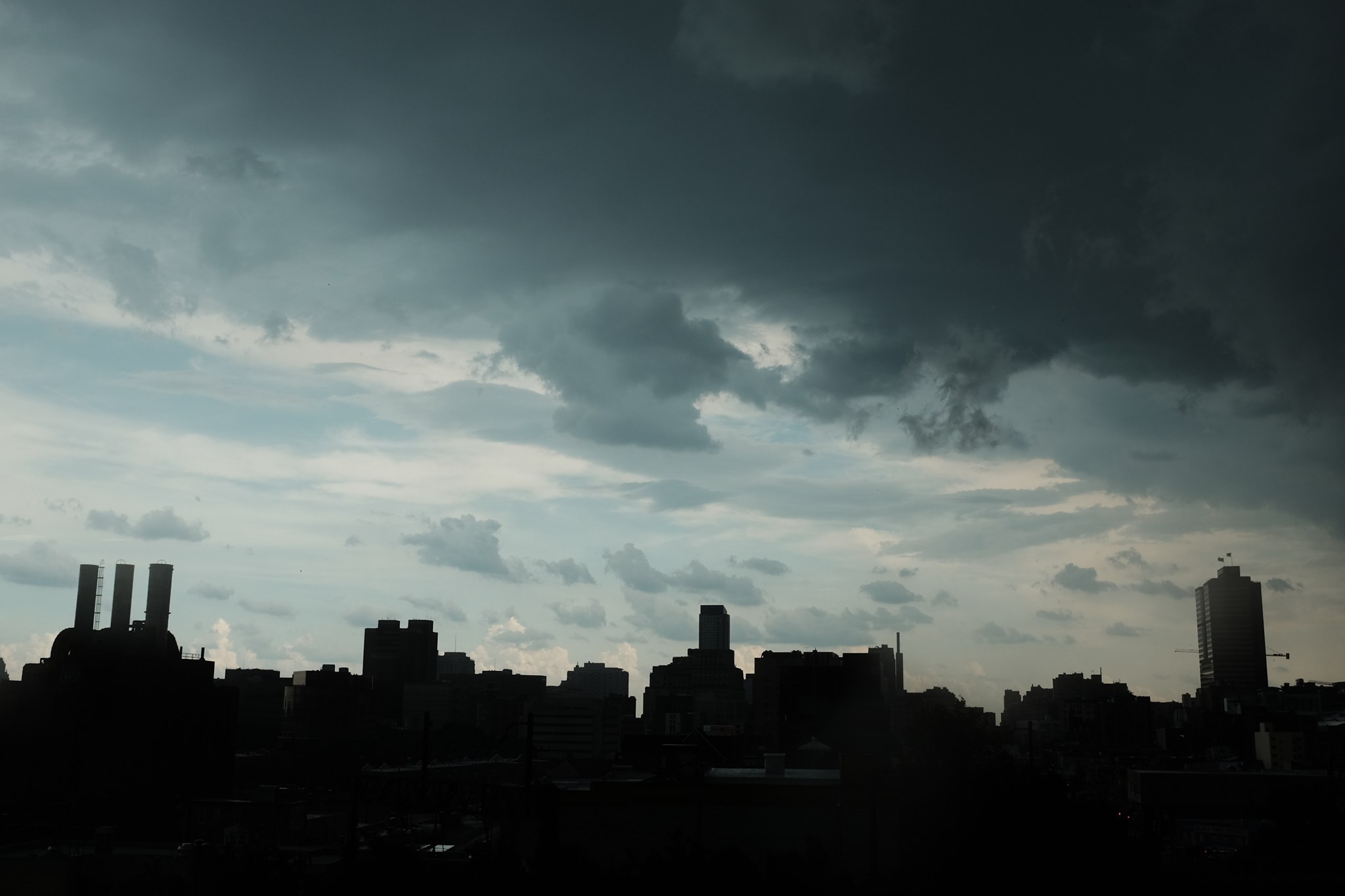 After not updating my personal website for a long time, I've decided to relaunch it as a blog. Stay tuned!